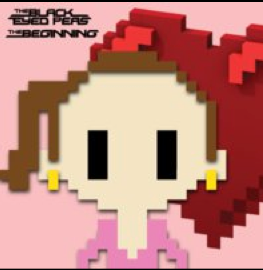 So, the other day, I was watching some SXSW wrap-up reports on CNN.com (South by Southwest-the leading creative arts festival where amazing technology products, music, and film are born.) And I was really struck by how young all of the speakers were. They were all mid-late 20’s like Mark Zuckerberg. Suddenly, I felt very, very old. (The fact that the only speaker over the age of 30 was an overweight, balding guy who just “looked” old and middle aged did not help matters.)

How could my generation already be pushed aside and rendered obsolete? We’re not that old. Yeah, we started as “slackers” but we redeemed ourselves by leading the charge during the dot.com boom and created game-changing products like Google, Napster, and Amazon. We even have one of our own in the White House (President Obama). Does that mean that we are “the man?” Are we “the suits” and executives instead of the hip, cool innovators?

The Answer is Yes and No. Just as our parents changed the world, we continue to do so too. We’re leading the technology revolution (just as we did in the mid-late 90’s) this time from a seat of experience. We are dot-com. We are technology.

Nowhere is this greater expressed than in the music/music videos of The Black Eyed Peas latest album “The Beginning.” Their videos are filled with robots, AI, futuristic battles, and avatar-like characters while set to both modern beats and samples from the 80’s and 90’s. On BlackEyedPeas.com, will.i.am (fellow-Gen-Xer) says “The Beginning is symbolic of adopting new technologies, such as augmented reality, 3D and 360 video.” He continues, “It’s also about being experimental, taking songs we’ve liked from the past and playing around with sick, crazy beats. It’s an amazing time to be creative right now and I think people are open to that.” Now that’s taking experience and history, “disrupting” it with contemporary technology themes and styles–keepin’ it future and fresh. That’s Gen X.

The Black Eyed Peas have over 15 million Facebook Fans, Will.I.Am has close to a million followers on twitter, and BlackEyedPeas.com has a huge amount of fan feedback and interactivity. Not to mention, the Black Eyed Peas are everywhere, widely viewed as the sweetheart band of corporate America and endorsements. Check out this Wall Street Journal article: http://on.wsj.com/c0vjr2

By the way, if you like my “8-bit” profile pic, make your own at the Black Eyed Peas FB page: http://on.fb.me/hUxfYc