The Today Show said “good-bye”  yesterday to co-host Ann Curry after 15 years.  What?  You missed it?  Maybe that’s because unlike other Today Show alumni there was  no fanfare.  No two hour  send-off,  no Jimmy Fallon celebrity-cameo-infused staff parade around 30 Rock.  Nope, it was just Ann Curry, solemn and tear-choked, saying “good-bye.”
Now, we all know she was never meant to sit in the lead co-anchor seat–it was just a matter of time until the ratings proved that -but  NBC, acknowledging her loyal dedication and fan base, did her a solid and let her try out the throne.  But I think we can all agree, she’s no Katie Couric.  Katie Couric has that spark, that special extra something that is so extremely important in morning show anchors.   The kind of spark that you don’t realize it’s missing until it’s gone and replaced with something ordinary.
Let me illustrate-Every morning, I make a strong pot of coffee, grinding the beans so the grounds are fresh, adding the right amount of cream, and sugar so it’s the perfect balance –strong, smooth, and sweet.  But my secret ingredient is cinnamon-which gives it that extra kick!  Without  the cinnamon,  it’s good -but just ordinary.  Poor Ann, as loyal and dedicated as she was, just didn’t have that spark.  She was the morning coffee sans cinnamon. 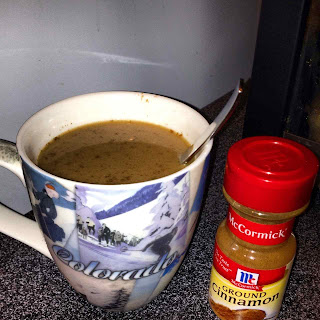 Maybe Katie Couric, who knows a thing or two about the fall from ratings-grace (ie: CBS Evening News) could give Ann some advice as she moves over to NBC News.  And maybe they could do this as they sip lemontinis, because after all–when life gives you lemons, make lemonade.  Or as Ron White  says “I believe that if life gives you lemons, you should make lemonade. And try to find somebody whose life has given them vodka, and have a party.”


Post script:
I’m serious about the cinnamon! Try it!