Check out all of our great DIY and Recipe Videos on YouTube! Watch Now
Home / Balanced Life / Toasting the Great Tom Petty and the Soundtrack to our Youth
Pin17
Share8
Tweet
25 Shares

Too often we don’t realize how important something was until it’s gone, and just this week I realized this was the case with Tom Petty’s music.

It wasn’t until his passing that I truly realized how much of his music was the soundtrack to my youth. His music was wistful and wise, soulful and nostalgic.  He encouraged us to be dreamers but jump with caution.  And for Generation X, a generation of undefined souls, his music was probably just what we needed.

Keep Scrolling to the end of this article to grab your FREE TOM PETTY INSPIRATIONAL PRINTABLES!

There was something soulful and wise and a little nostalgic in so many of Tom Petty’s songs that were popular as I was growing up.

He told stories when he sang—looking straight out into the MTV crowd as if to say “Listen up, Kids. I’m a little bit older and a little bit wiser and you’re gonna wanna hear what I have to say.”

Whether you’re a sweet 1950’s girl next door  or a modern day valley girl—you better be careful if you Free Fall.

Or as you take off into the Great Wide Open-the world is your oyster. Don’t mess it up. If you do succeed and become a Rebel rocker Without a Clue like Johnny Depp-it could all come crashing down.

Toasting the Great Tom Petty and the Soundtrack to our Youth

I remember I attended a leadership conference in high school—the theme was Running Down a Dream—inspired of course by Tom Petty.

We were all running down a dream at the time—some of us wanted to be movie stars or successful lawyers or important surgeons.

We were all dreaming of something.

Where would our lives take us after high school—as sophisticated leaders of tomorrow?

Would we reach our dreams? Or would they get squashed in some of the many economic crashes that plagued Generation Xer’s?

I never really thought about the impact of Tom Petty on our lives. I always liked his music, but never really sought it out. I remember he was playing a big show in town the weekend my husband and I got married. Our photographer was super excited to attend the concert and my husband was trying to talk me into going but I told him “Umm, we’re a little busy that weekend!”

As I look back, having never seen Tom Petty live—I have a little regret about not going to that show—it probably would’ve made for a great story….

So until now, I never really thought much about Tom Petty. His music was always there. I guess I always took it for granted.

Traveling Back in Time

However, as I was driving in the car this past week and listening to all the radio stations paying tribute to him—playing so many great songs, I realized how much Tom Petty’s music really did impact my life.

It really hit me as “Last Dance for Mary Jane” came on the radio.

I could suddenly smell pizza.
Were my windows rolled down?
Where was this strong smell coming from?
I could hear people talking and I felt cold. (I looked at the car dashboard—it said 88 degrees).

I could hear talking and chatter and I found myself being completely swept back in time to the Penn State student union where every day in the winter of 94, I would get pizza for lunch and VH1 would be playing in the background—showing the same videos every day, like a soundtrack to the year.

“Last Dance with Mary Jane” was, of course, being played on full rotation.

As the song ended, I was back in present day listening to more tributes. Someone was calling the station talking about how it had been hard to be a big fan of Tom Petty’s because unlike other big artists (Gregg Allman, Prince, Neil Young, Bruce Springsteen), Tom Petty was almost more like the overlooked brother—he was great, but somehow no one noticed him. I thought back to my chance to see Tom Petty in concert and knew the caller was right….

Rest in peace, Tom Petty. And thank you for such a beautiful soundtrack. 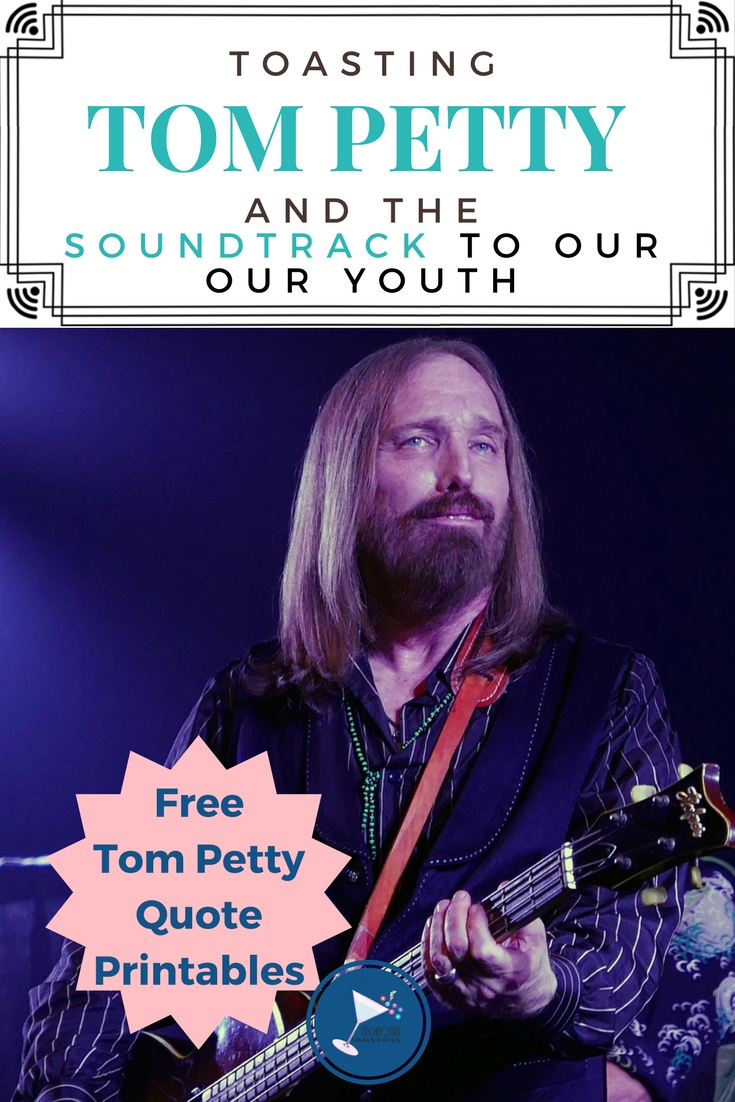 I’ve often found power and inspiration in music and I found myself inspired by the soulful words of Tom Petty.

I’ve created a set of 3 quote printables.  They’re sized at 8 X 10 so you can easily print them out at home on regular paper or cardstock.  Or, you can also order prints online from Office Depot or Staples for around $2!  Easy Peasy!

To download your free copy, fill out the form below.

Do you have a favorite Tom Petty song?