Check out all of our great DIY and Recipe Videos on YouTube! Watch Now
Home / Balanced Life / Pop! tini / On the Set of #DigitalLivesMatter Movie
Pin
Share8
Tweet
8 Shares

Earlier this year, my daughters and I were asked to be extras in a new movie from the brilliant power-house team of Cas Sigers-Beedles and Terri Vaughn (Nina Holiday Entertainment).  I’m taking you behind-the-scenes of this hilarious new movie #DigitalLivesMatter, including hair secrets from Bravo TV’s DerekJ. 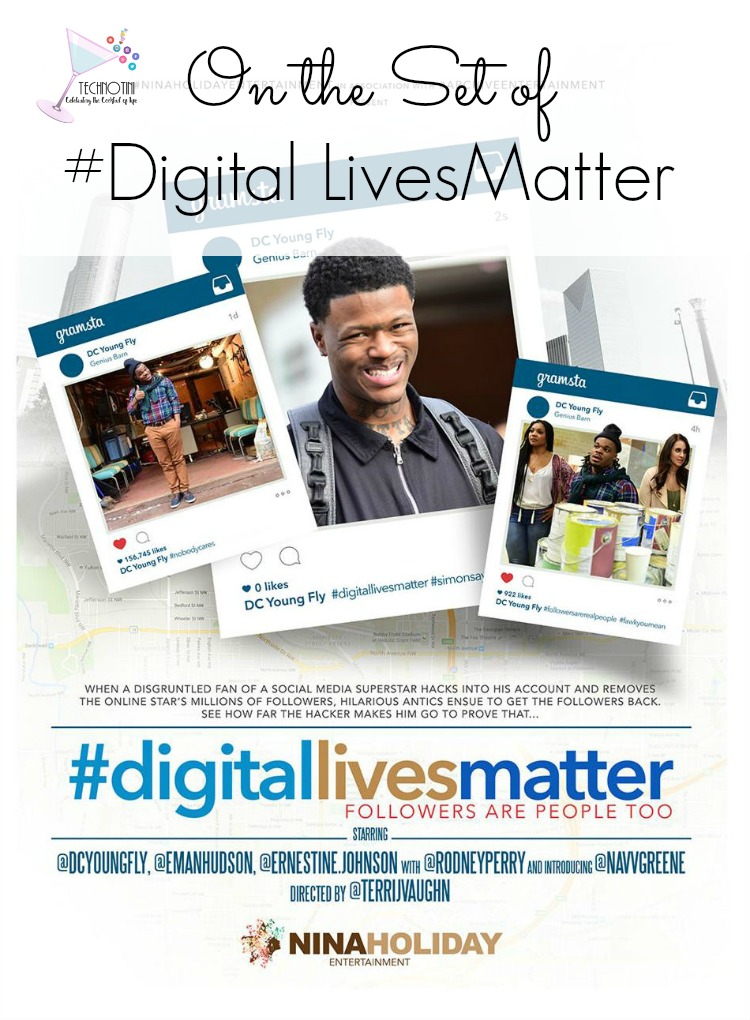 The movie, #DigitalLivesMatter, is a hilarious new comedy about a social media star who’s account is hijacked.  He loses all of his 3.5 million followers and has only 24 hours to get them back!

The hacker wants to teach the social media star, DC YoungFly-(played by himself) a lesson:

Followers are People Too!

…and forces him to set out on a wild goose chase across the city in which he has to befriend some of his biggest fans.  Will he get back his followers?  Will he finally learn that followers are people too?

It’s a hysterical race against time following in the vein of comedic classics like Friday, Harold and Kumar Go To White Castle, and It’s a Mad Mad World.

Cas Sigers-Beedles’ writing is fresh and funny and timely.  You will be rolling the whole time.

By harnessing the power of real-life internet stars, #DigitalLivesMatter director, Terri Vaughn, is able to bring a raw authenticity to the big screen resulting in sheer comic genius.

On the Set of #DigitalLivesMatter

So what was it like being on set with all these comic geniuses?  Nothing but sheer joy.  So much fun.

Here’s how our day went:

The movie was shot here in Atlanta.  We arrived on set early in the morning and were greeted at the door by none other than….The Derek J!  Whaaaat?!

You know Derek J-the celebrity hair stylist seen quite often on The Real Housewives of Atlanta and star of Bravo’s Fashion Queens!

I was so excited.

I calmly introduced myself, and we started chatting.  I told him how I had once seen him out in Atlanta and he had the most Ah-mazing cherry blossom pants.

Ok, well, maybe not real-life besties but in my head, we’re now besties, and anyways he was a super great guy.

While we waited for scene, we hung out in the hair and make-up area.  My girls enjoyed snacking on Lucky Charms from the craft services table.  They were super psyched to be eating real sugar cereal.  And my new BFF Derek J would come by and make fun small talk with the girls.  They shared a great conversation about which Lucky Charm is the best. My girls of course said the rainbows were the best, and Derek J said he preferred the clovers.

Then it was down to business for Derek J.  We had a front row seat to his hair remarkable hair transformations-particularly that for ridiculously funny comedian, Navv Greene.  (Navv Greene actually plays two roles in the movie-Hoober driver and cupcake store Shift Leader).

To make Navv’s Shift Leader character come alive, Derek J used a bald cap and a giant wig of fake hair which he slowly trimmed and shaved down.  Meanwhile, make-up artist, Denise Tunnel, applied color to the cap to make sure it looked as realistic as possible. It was quite a process!

Here is some video I took (via Periscope) of this movie magic.

Here’s a picture of the finished look: 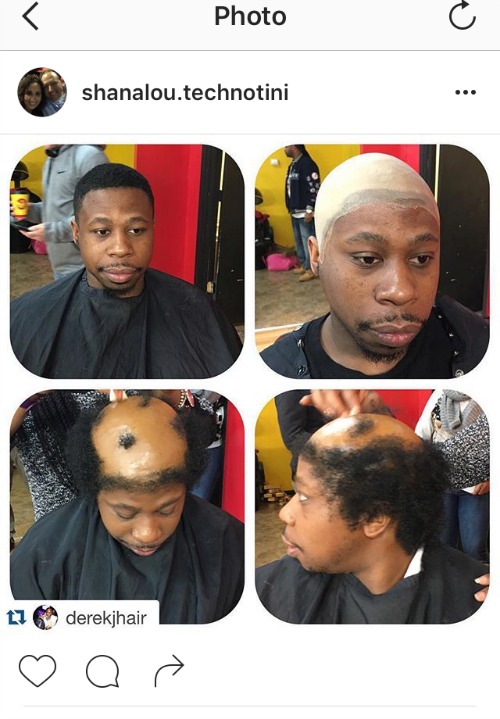 Next, it was our turn to make some movie magic.  Or at least eat cupcakes and smile.

My daughters were asked to join their real-life friend, Brooklyn, (Instagram @Cupcake Brooky), in the cupcake shop scene.  We were supposed to be shocked and horrified at the language of the store manager, played by Navv Greene, as he reprimanded one of DCYoungFly’s fans for crying at work.

However, the actors were so funny, it was hard to get my girls to stop laughing.  But it all worked out and after a couple takes, Director Terri yelled “Cut!” and the girls had fun eating their colorful cupcakes.

Here are some more pictures from our exciting day on a real life movie set!

About the Creators of #DigitalLivesMatter

I want to give a special thank you to the amazing team behind Nina Holiday Entertainment–my dear friend Cas Sigers-Beedles and Terri Vaughn.  These two amazing women are the real deal–Fempreneurs in every sense of the word. Thank you for welcoming us on set.  It was an honor to be included.

Cas and Terri started Nina Holiday Entertainment in order to make the films they not only wanted to see but needed to see.  They named their company after two American legends who  had no choice but to break barriers in pursuit of their dreams,  Nina Simone and Billie Holiday.   Cas and Terri work everyday to honor those women’s legacy. They are blazing trails for all film makers but especially those in the African American community, creating opportunities and giving voices to everyone’s stories—-including those of hilarious social media stars.

I was invited to see the premier of #DigitalLivesMatter this past week and it was even funnier than I expected.  You must check it out!  Note–even though my girls are in it, it’s not a kids movie-there is a lot of colorful language.

#DigitalLivesMatter is available as a digital download for $5.99.  Pre-orders are now available for a special price of $4.99.

AND THEN-come back here and tell me what you think!